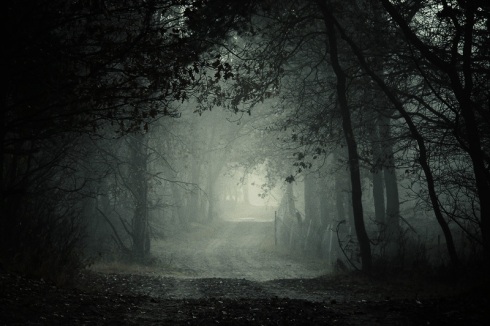 There are many different paths to greatness, not just the ones most commonly identified by conformist culture.  As long as your basic needs are met, where you put your energy—how you pursue excellence—is completely your business.  Realizing this can be difficult and gradual.

It seems true, even if we admit that discourses (value systems) will always compete with each other for dominance.  And one of the most ruthless and rapacious, at least in the West, is that of “meritocracy.”  A meritocracy is inherently based on an assumed set of cultural values.  But you need to realize that you are free to opt out of those assumed values.  What the masses consider to be good doesn’t have to define your life.

If you don’t accept meritocratic cultural values, merit-based judgments by those who do are irrelevant.  In other words, it is a mistake to impose the rules of a game on someone who refuses to play; though, because discourses will compete with each other, people will usually try to impose their personal values-discourse on you.  Often, they will do so because they’re not aware of alternatives.  They may not even remember the moment they chose to buy in.  And they may not understand that imposing values on someone else is an act of violence.

Remove the question of merit (and its various implications) and the locus of meaning in life shifts (possibly returns) from an external authority to the individual.  One arrives squarely within Viktor Frankl’s “Will to Meaning“—not seeking meaning / value relative to others, but exploring what is already resonant / resident in the self.  “Thy Will be Done” becomes “My Will be Done,” with all the freedoms and responsibilities arising from that shift.

It makes no difference if your private world is idiosyncratic to the point at which it would seem very strange to more common sensibilities.  As long as you’re not behaving like a hypocrite by harming or otherwise curtailing the autonomy of others, your interiority (including the way you choose to perceive the world outside your self) is completely yours.  And it doesn’t seem outrageous to conclude that this is how it should be.  If you don’t own your thoughts, can you ever own anything else?  In fact, it seems that the more you personalize your unique way of seeing and acting in the world, the stronger and more persuasive that uniqueness becomes.

Because discourse is grounded in conflict and competition, this self-originating, self-describing narrative you are spinning can have a destabilizing effect on others, who may accuse you of being a delusional, a dreamer, someone out of touch with (what the dominant culture considers) reality.  But if it works for you, isn’t it the right thing?  Isn’t that choosing inner freedom instead of pledging fealty to ideas and to a lifestyle that was designed (or emerged) without you particularly in mind?

Walking away from a meritocracy takes a lot of courage and effort.  Because you are a social being, it can involve a certain amount of suffering, alienation, and lonesomeness.  You risk being called a deviant, being labeled as a disaffected undesirable.  Even if you don’t agree with those judgments, they will still hurt.  Hopefully, your growing curiosity about your own sui generis greatness and freedom will mitigate that pain.

You might call this the “inward path,” the “artist’s way,” or “the path beyond the campfire” which leads into dark unmapped places, where all new things wait to be discovered.