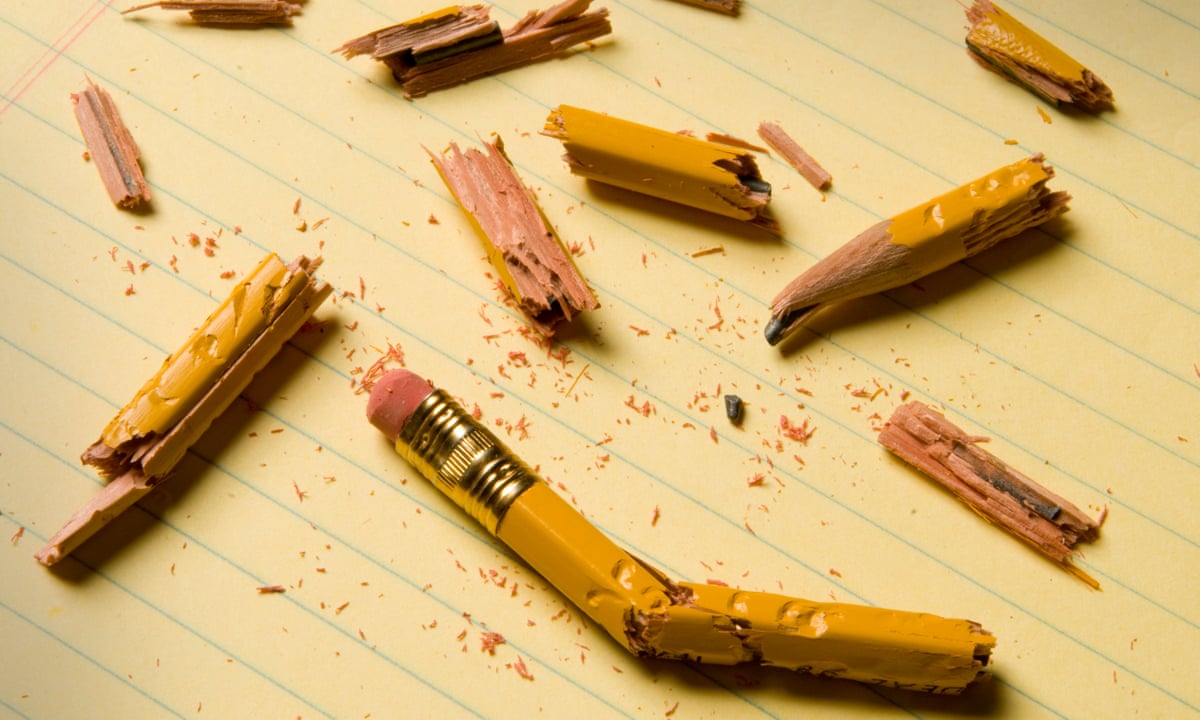 If I could tell you the number of stories and novels I’ve begun writing and not finished, we’d be here too long.  But “not finished” doesn’t mean “discarded.”  It means what it says.

The difficulty comes when I’ve convinced myself that I’m one sort of writer (the consistent, cheerfully productive kind) as opposed the other, less glamorous (or, at least, less visible) sort—a slave to the vicissitudes of the moon or some shit, the guy with 25 ongoing projects and an inability to stop working on any of them.

I know this about myself.  I tell myself that it’s all part of the bigger creative process.  I imagine all these incomplete pieces fermenting, cross-pollinating, mutating.  Nothing lost.  Everything in motion.  And I take refuge in those ideas and metaphors so I can keep working.  Being a writer, I tell myself a story.  But it might be bullshit self-deceit.

The Romantics smoked opium to get closer to the moon and further from the Victorian head trauma of  “productivity.”  And when my genre writer pals do highly Victorian social media posts that go, “Sigh.  Only 10 pages today,” I wonder whether they’re writing from inspiration or simply turning a lathe in some Dickensian word factory.  Productivity equals commercial success, while moonbeams are their own reward.  Still, I have word count envy no matter what I do.

The problems of productivity and self-deceit are at the center of trying to write the hard thing.  They are the essential obstacles in making the fiction I came here to make instead of clocking in and lathing out a bunch of words to satisfy something or someone else.  I don’t want to produce that which has been assigned to me by industry, necessity, or convention.  I hate obeying.  But am I achieving anything in my disobedience?  For that matter, is achievement even the point?

When yet another publishing industry blog post comes out sounding like the vehement Alec Baldwin scene from Glengarry Glen Ross, I feel repulsed.  I don’t want to spend time creating a fucking audience platform.  Being an artist is not about “closing.”  Just doing the actual writing takes up all my energy.  I don’t want to frame pieces of my fiction as marketable units.  I want to sit in a moonbeam and make something that arises from my own unique imperatives and disposition.  I want the serendipity of inspiration.  I live for it.  And I resist the overtures of commercialism dedicated to consumption and to bullying artists into seeing themselves as part of a service industry.

Unfortunately, I also can’t avoid wanting the world to read my work and maybe give me some money so I can feed and clothe myself.  It’s terrifying sometimes.  Years ago, at an AWP conference, talking with a publisher after I put out Gravity, my first collection of stories, I felt like Nunez in “The Country of the Blind”—faced with the choice of getting what I loved if I voluntarily blinded myself or seeing clearly and climbing out of the hidden valley forever.  In the end, I chose to keep my eyes.

“If you want to get a second book out using the momentum of your first,” he said, “you need to complete the manuscript in less than a year.  More than that and people forget who you are.  You won’t be able to position it.  You’ll be starting over.”  Six years later, my second book was done.  And he was correct: from the marketing, word factory standpoint, I was starting over.  From a creative-process standpoint, those six years were predicated on the six that came before.  I wasn’t starting over.  I was writing something hard that had emerged from my ongoing creative process, something I couldn’t have written in under a year.

Finishing writing in one’s own time instead of in service to the word factory is difficult.  Discovering one’s limitations as an artist and then transcending them is very difficult.  Putting in the years is difficult.  Doing this up to and beyond age 30 is not only difficult but scary.  Nevertheless, all can be accomplished if one is willing to believe in something greater than the word count.  One says, it’s all part of my creative process and tries to calm down.  One decides not to read (or write) certain self-aggrandising Facebook posts.

Of course, there might not be a bigger process.  Maybe there is only Random House, Amazon, AWP conference ugliness, building a platform, positioning and branding, and Best American Monotony.  Maybe.  Maybe we exist in a world full of cynical anti-creative money-making ventures, cautious art, and nothing else.  It’s always possible.  The thought of it sometimes keeps me up at night, especially in those blocked periods of worrying and not writing.

It’s like reading about nuclear war or the earth dying from climate change: you have no agency, no option to mitigate the damage, soulless politicians are making horrible decisions, and there is only one way this can end.  Apocalypse.  Tragedy.  No one at the wheel.  Inhuman corporations controlling everything.  And death, ignominious and unnoticed, unless you get with the program and start churning out formulaic units.

Capitalism wins.  It usually does.  But if there is a bigger process at work in your struggle to be an artist, it can’t have anything to do with metaphors of productivity on a factory timeline.  That is a reality you must not accept.

How does a writer know what’s real?  Is it moonbeam or production line?  Is it both?  Can it be both?  Andy Warhol, Ernest Hemingway, and David Bowie say yes.  For the rest of us, maybe not.  For every Warhol, Hemingway, and Bowie, there are multitudes who weren’t lucky enough to have their unique artistry coincide with commercial demand.

Hugh Howey likes to write about Wool the way Elon Musk talks about launching a roadster into space: let me tell you about my unique genius and the origin of my success.  But self-publishing fame and running a car company have one thing in common that never gets discussed: they exist because they are timely.  So it is with any highly lucrative creative effort.  And that intersection has to do with luck.  Meanwhile, someone out there is no doubt making Peking opera, but they are unlikely to be buying villas on the Riviera anytime soon.  Nobody cares.  Their units don’t ship.  And yet they also have the favor of the moon.

Writers are especially predisposed to misunderstand what is real—what is objective versus just a moonbeam.  They spend a lot of time deliberately thinking in metaphors, some more useful than others.  And if they’re not paying attention to their minds, they can mistake such metaphors for objective reality (which, incidentally, has nothing to do with capitalist realism).  Over-absorption in a world of imaginative metaphors can become a source of anxiety when the non-make-believe world reaches out and reminds us that we can’t live totally in our imaginations.  Make your Peking opera, sure, but also accept that the six years you put into it mean nothing in terms of branding and positioning.

A writer will see something and begin to imagine things about it—everyone does this, but writers seem to do it with particular intensity—and before long the writer starts to feel like he or she knows it or, even worse, is it.  Then something from the world of physics and money communicates: no, you are not that.  You can’t imagine yourself to fame and fortune if you’re doing original work.  You might get lucky, yes, and I hope you (I hope I) do.  But commerce and true creativity exist in different spaces.

So I look at my 25 open projects with a bit of trepidation as the days go by.  I’m turning 46 this month.  I’ve published a lot of stories in magazines and two books.  These have been hard things.  Are they enough?  Will they ever be enough?

Don’t worry, I tell myself.  There’s bigger process at work.  There must be.