The follow-up on Jeffery Epstein that I didn’t want to write . . .

STEM, Scientism, and the Decline of the Humanities – my latest on Splice Today

All Hail the Tooth Fairy: Reasonability and Belief in Times of Rapid Change 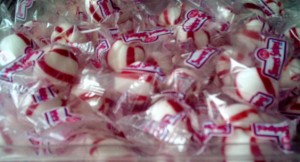 We come into the world screaming and it remains for us to learn how to impose order on our experiences such that we can live in a reasonable way. We could say that adult life comes down to whether we have behaved reasonably, according to the information available. In the tension between what we know (including perhaps what we should know) and what we do, agreed upon behavioral standards emerge as a social foundation.

This seems obvious, but the question as to what constitutes reasonable behavior (and, by extension, right action) is always a matter for interpretation. The standard of a “reasonable person” for determining negligence, at least in U.S. civil law, usually goes like this:

The so-called reasonable person in the law of negligence is a creation of legal fiction. Such a “person” is really an ideal, focusing on how a typical person, with ordinary prudence, would act in certain circumstances. The test as to whether a person has acted as a reasonable person is an objective one, and so it does not take into account the specific abilities of a defendant. Thus, even a person who has low intelligence or is chronically careless is held to the same standard as a more careful person or a person of higher intelligence.

A jury generally decides whether a defendant has acted as a reasonable person would have acted. In making this decision, the jury generally considers the defendant’s conduct in light of what the defendant actually knows, has experienced, or has perceived. (http://bit.ly/2fWFUqi)

When this is effective, the reasonable person standard incorporates social assumptions about “ordinary prudence” (aka common sense) and still allows for the particular situation of the defendant, creating polarity between the ideal and the real, insofar as the court is able to imagine these things. In other words, we try to come up with a standard for what should have been done and then ask whether the individual in question could / should have followed suit.

Due to its flexibility, however, the standard can lead to what may seem like odd or inappropriate conclusions. And as useful as it may be, sometimes we can’t help but suspect that any attempt to establish reasonability will still be rooted in the arbitrary biases and popular assumptions of those involved. It calls to mind the old philistine response to art: we don’t know what art is, but we know what we like. Similarly, we don’t always know what reasonability is, but we always like to think we know what we would have probably done. And just as this remains a difficult question for the courts, it remains a difficult question in every individual life.

Birth is painful—the first, most profound lesson we are taught by our mothers. Every subsequent lesson, whether taught to us by family, friends, or schools, is a matter of determining and enacting reasonability in a particular context. This may often be just as painful as giving birth, but it’s something we must do and something most of us do automatically. It is equally necessary in the life of a chemical engineer, an entrepreneur, an impresario, and a stay-at-home mom. When undertaking anything, we have to ask: What are the best practices? What are the best premises? How should we proceed according to what we already know? Our overall effectiveness depends on how we answer these questions and put the answers into practice.

Again, this is all very obvious on its face; though, the questions become more difficult and complex when someone raises “policy.” Policy comes into play in arguments where “each party offers plausible interpretations of the law. In this situation, the judge may then decide the case on the basis of the social goals that the decision will promote, and the purposes behind the particular rules” (http://bit.ly/2f3JC0c). Simply put: we may not only ask what should have been done and whether the person could / should have followed suit. We may also ask whether this is the sort of behavioral standard we want to encourage. As the old saying goes, “If you can’t argue the facts, argue the law. If you can’t argue the law, argue the facts. And if you can’t argue either, argue the best policy.”

Such determinations are challenging in established courts with rules for how arguments are made. It’s that much harder to determine reasonability and best policy in private organizations that require everyone to accept the group’s ideological viewpoint before discussion can even take place. Courts of law are bound to examine a broad range of ethical, political, and social policy considerations, whereas private groups—even those that are extremely large and diverse—need only keep their narrow institutional assumptions in mind when determining what should be.

For example, while one might argue against punishment in a particular case because it could invite a deluge of frivolous litigation (and it is good policy to discourage frivolous litigation in our already overburdened courts), a religious tribunal might decide that the same party should be punished because they are in violation of holy law. To the religious court, the highest standard of reasonability, and therefore the most beneficial policy, rests on scripture, which is the ultimate value and authority, no matter whether this is at variance with the values of mainstream culture.

With this in mind, the members of such organizations find themselves faced with an important question: are the beliefs of the organization more persuasive, i.e. more reasonable, than those of mainstream society? This opens up additional problematic questions, like: is there something unreasonable in mainstream assumptions as I have come to understand them? Is that what led me to this organization (with its alternate viewpoint)? Do I have the knowledge and insight to make a reasonable choice now that I’m in this organization? Did I have the requisite knowledge and insight when I decided to join?

In this, as in so many other things, only lived experience and its results can provide clarity. In other words, when trying to decide what a reasonable person would do and the best policies that should support that behavior, one must look to the “real world”—to what passes for objective material existence—as the only reliable test.

For instance, it’s all well and good to believe that if you pray to the tooth fairy, she’ll bring you a plate of peppermint candies at midnight. It may be more pleasant to believe in a world where that could happen, but believing doesn’t make it so—doesn’t make it a feature of lived, objective, material existence. And if you choose to sincerely believe that this is going to happen, you shouldn’t be disappointed when you don’t see the peppermints in the morning. So one comes back to the necessity of testing one’s assumptions in the laboratory of everyday life.

Saying this presupposes that it is more reasonable to behave in a way that squares with lived experience and to found one’s assumptions on observable, material phenomena. In other words, it is reasonable to assume there is an objective, physical reality that is more or less dependable. Some things prove out, again and again, when we do them. If you put your hand in the flame, your hand will burn.

Without falling into Cartesian hypotheticals about external forces capable of conditioning our perceptions, we can say that ideologically driven organizations run into difficulties when the foundational assumptions of these groups do not prove out in lived experience. Most religions have this problem, but also cults, social clubs, governments, corporations, and private societies do as well.

The question for the individual remains, no matter what group’s set of assumptions are being used: what is the most reasonable standard of behavior? How to do I know? And what should I do when I’m satisfied that I do know?

So here are a few questions you can ask yourself if changing times make you feel like your beliefs are in jeopardy: What groups have you joined? What is your “reality tunnel”? What is the reasonable person standard of these groups? What biases and assumptions do they contain? How do you think they contrast with the standards of mainstream society? What values do these standards reveal? What “best policies” are implied? Where and how do you lack the knowledge to answer these questions? Are there obstacles to gaining this knowledge? What are they and why are they in place?

Maybe the most important question is: how has your lived experience supported / refuted the assumptions about reasonable behavior in your political party, cult, religion, club, society, or corporation? If your lived experience has nothing to do with what you’re being asked to believe, you might want to make some changes.

Comments Off on All Hail the Tooth Fairy: Reasonability and Belief in Times of Rapid Change   |  tags: belief, Critical thinking, policy, reasonable person | posted in policy