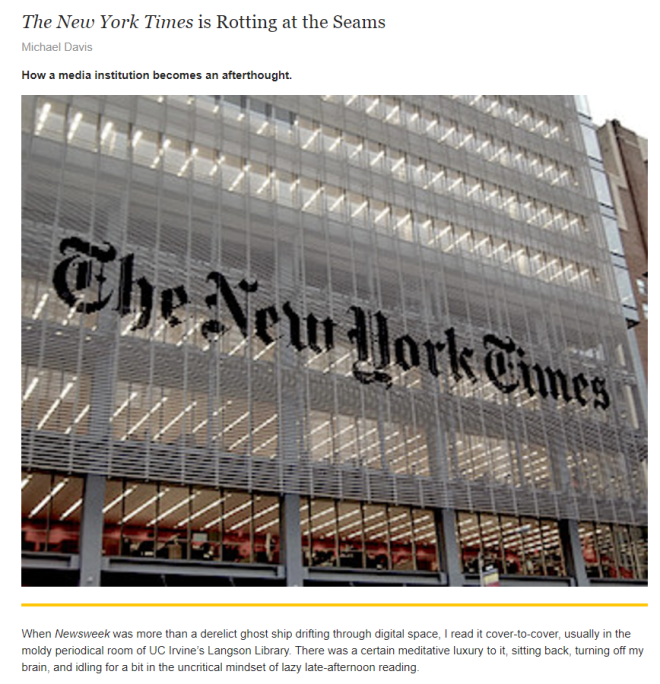 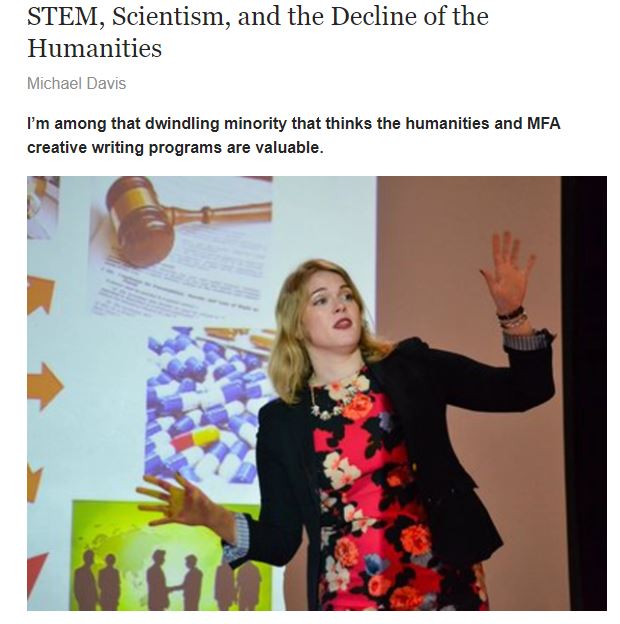 One thinks: this shit’s never gonna end. Puerto Rico. Idiot with a bump stock on the the 32nd floor. Nuclear Viagra giving Trump an intercontinental hard-on. Hurricane Maria, Irma, Harvey, take your pick. My friend’s house underwater in Houston, his dog on an inflatable raft. Girls stabbed in Marseilles. Girls with acid in their faces. Girls shot in a club. Catalonia blowing up. Spanish police hurling voters down the stairs, zip ties, broken jaws. It will never, ever end.

One thinks: on a long enough timeline, the probability of any given thing in the United States becoming a horrific instrument of death rises to about 99%. Maybe puppies, water lilies, and soft serve ice cream are exempt, but you’d be surprised. America is a lethal place. More lethal this year than last year and you know why. There is no fate. No grace. No help from above. Just you and me and the justice we make. But maybe I don’t know what’s just anymore.

One thinks: if we could figure out what justice is, we might make a little more of it in the time we have left before the Empire falls and the barbarians come wailing in to roast mom for dinner. But, you see, mom has it coming. The Empire is always collapsing. That’s part of what makes it the Empire. And mothers are the ones raising a new generation of infantry to help it all along. Mothers are secretly to blame. If you really want to be the change, just don’t breed. But you can’t help yourself, can you.

I once dated a girl whose mother had retired to Coronado Island after 30 years of running a large farm in the Midwest. The woman now lived in a pristine four-story mansion with stained glass windows and aged admirals as neighbors. The story of how she got transported from a farm to a high-end resort off the coast of San Diego unpacks like a cliché movie of the week: illegal pesticides, cancer deaths, enormous lawsuit, and an out-of-court settlement that made everyone but the families of the farm laborers obscenely rich.

Mom was, as they used to say in Northern California, hella happy with the outcome, even though (or maybe because) her second husband also kicked it in the process. She was the Laughing Farmer Buddha of corporate hush money. Though after she met me, she was perhaps less amused by life or by her daughter’s choices in men.

When we shook, she twisted my hand open in a death grip, looked down at my palm, and said, “Hmm. Soft hands.” Then she stepped back, crossed her arms, and frowned at me the way you would at a corpse just dragged from a polluted river, the corpse of the man I could have been but obviously wasn’t and never would be. Watching the exchange, her daughter—who I’d been out with no more than two or three times before that night—seemed ready for good bit of fun. It was then that I began to feel that none of us were destined to be best friends.

One thinks: there must be a reason I had this experience, some sort of magnetic resonance floating out around my navel, pulling in all manner of bigots, racists, fools, prevaricators, sea lawyers, farmer savants, red-mesh-cap-wearing bumpkins with absolute opinions on everything they don’t understand and fear. Why does Donald Trump exist, you ask? Why does wedding cake taste like shit? Why can’t we have nice things before those things try to kill us? Scott Pruitt works for the EPA, for one. But maybe you don’t like that answer. Pay no attention to the pesticide behind the curtain.

Toward the end of dinner, her mother told the story of how she’d come into her millions. It was a yarn she seemed to have told at many dinners over the years. She’d refined it with certain references to the overall stupidity of her late husband, racial slurs aimed at the farmhands, clever allusions to the worthlessness of a college education, hints at an ongoing Zionist conspiracy, and various artful insinuations that such evils were all rooted in the basic homosexuality of our times. She was, in short, one of the most repulsive people I’d ever encountered.

She was so offensive that I began to wonder whether it was all a practical joke. But by the end of the night, I saw the truth. This was a suitability test being run by her daughter. If I could deal with the repellent overbearing mother, I was worthy. If not, well, there are winners and losers in this wide world and the daughter was only interested in the former.

For desert, we had mother’s old-time funnel cake topped with sweet cream. We took our plates to the den, where mom started up the fireplace and handed out glasses of cheap bourbon to go with the cake. I saw my date wink and pour hers into the philodendron by the couch. But the plant was not within range of where I was sitting. I thought about pouring it between the cushions.

“You gonna drink it or look at it?”

I smiled and ate some funnel cake. Mom was already into her second glass.

Then her daughter said I was trying to be a writer, which made her mother guffaw and suggest we play a game of Scrabble. Because writers are supposed to like Scrabble. And so did mom, who saw it as a kind of IQ test. She even owned a Scrabble dictionary, no doubt for those late-night bourbon-fueled disputes about whether “gherkin” was a 170- or 180-point word.

Needless to say, mom won the game. I don’t remember the specifics, but I do recall her mix of satisfaction and disappointment, as if she’d once again proven to herself the uselessness of liberal intellectual book learning and what a waste it all was.

One thinks: why didn’t I run out the door screaming when I had the chance? Maybe because I stayed (and because others before me had probably excused themselves long before the funnel cake), the daughter decided I was good boyfriend material. She kept calling long after I gave her the Let’s Not Even Be Friends talk and blocked her number. Her mother had done her part for Big Farm Poison and the Hitler Youth while Jesus Camp and Rush Limbaugh were riding high.  Now her daughter was running free on the earth.

This was long before we ever thought Trump would be anything more than bad TV, before he started referring to our present non-nuclear-holocaust moment as “the calm before the storm.” This was before the end of America, the grand finale, the New American Century with Slim Pickens riding the bomb down to bring on the Rapture. I know you believe it. So stop shaking your damn head. You were there in Charlottesville. I know it was you.

“He wishes he had never entered the funhouse. But he has. Then he wishes he were dead. But he’s not. Therefore he will construct funhouses for others and be their secret operator—though he would rather be among the lovers for whom funhouses are designed.” – John Barth, Lost in the Funhouse

She’s married now, lives in a suburb of Boise with husband and kids, supports Donald Trump, the white identitarian movement, and a particular identitarian organization of which I gather her husband is a card-carrying member. She must be a genius. The public posts on her FB timeline are mostly family photos, lifestyle articles from Gwyneth Paltrow’s Goop site, comments about the coming race war, and Breitbart. I know she’s not an evil person. But I can’t make fun anymore. It’s hard to even smile.

And so one thinks: that’s all over now, the thought, the hope, that the system would right itself. The system is what got us where we are. The system is wrong if it has produced this. I’m almost to the point where I’m ashamed I voted at all, even if it was for Hillary. Let’s not ever be friends, okay?

You go make America great again until your gene pool becomes so homogeneous that you start sacrificing people on step pyramids in the forest. Only the steps of those pyramids will be made out of bullet casings and the skulls of immigrant children. Go ahead. If your sister doesn’t mind, I won’t say no. I’ll be in hiding. I already am. Don’t come looking for me. And don’t keep calling. I’ve got soft hands. I like books and classical music and non-violence. I don’t own a bump stock. I don’t even own a gun to put a bump stock on. I won’t be manufacturing any justice in my basement today. I just want you to stop fucking with me. I’ve got my ear to the tracks.