Of Trouble, Money, and the So-called Writing Life 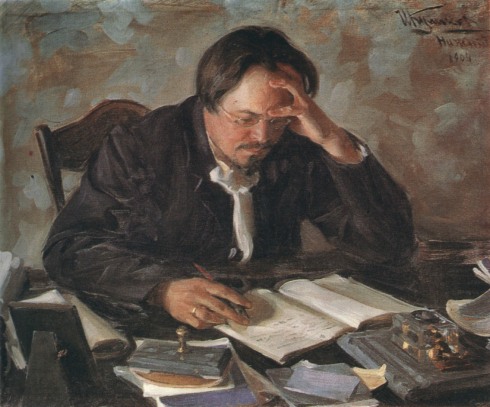 There is a writing life.  And you could lead it if you could only get past everything else, which is to say yourself.  This is what a lot of writers eventually believe, even if they don’t start out that way.  Maybe you believe it, too.  It’s not the wrong way to think (tell me there’s a right or wrong in this business and I’ll show you how that’s both right and wrong), but it is naïve.

So be naïve.  There are worse things for a writer, like crippling cynicism or despair or (absolutely lethal) early unwarranted success.  And what is success?  Before we get into that, let’s start with trouble, which means we have to also start with money because they’re inseparable.

I was going to call this, “Of Trouble and Money,” but I realized that’s too broad.  It covers everybody.  And this is a post aimed primarily at writers and at those closeted egomaniacs grappling with the concept who call themselves, “aspiring writers.”  So I added “the So-called Writing Life.”  But that, too, is just a label, a concept, a paper hat, an identity that often proves to be more trouble than it’s worth.

You need something else, a different paper hat to stave off Bob, who works in IT and hates himself, at the dinner party you were coerced into attending.  Bob despises everything in the world, but he’ll despise you so much more if you put on the writer hat.  So you say, “I’m an English teacher” (nice and boring; he feels superior; well done) or “I’m a copyeditor” (also boring; satisfyingly obscure) or “I’m between jobs” (could be true; boring; allows Bob to feel superior and has the added benefit of desperation cooties, which will make Bob excuse himself in 30 seconds and avoid you for the rest of the evening).  Say anything other than, “I’m a writer.”  You don’t need the paper hat to lead the life.

You just need to lead the life.  And what does that entail?  First, trouble.  You have it the minute you make the decision to put down words that amount to anything more than a grocery list.  There’s the art, which takes a lifetime.  There are the ponderous exigencies of time and space that seem to conspire against you from the beginning, making it very difficult to get anything completed.  There are many pencils to sharpen and bagels to eat and horrific dinner parties to endure.  There’s your recalcitrant mind, your spouse, your family, your friends, your old pals from high school at the reunion, your outright enemies, the publishing industry, crotchety reviewers, and posterity, which you won’t be around to appreciate but which you’ll worry about nonetheless.  There’s needing to eat.  And there’s existential dread that you’re wasting your time, which you’ll laugh at until it starts laughing, too.

Second, money.  Another pernicious idea.  A demon.  The basis of all well-being in our mentally ill society.  Getting it.  Having it.  Spending it.  Losing it.  Cycle, cycle, cycle, over and over.  Writing doesn’t work on money.  And the writing life doesn’t know money exists.  All writing wants is more writing.  All money wants is every part of you salted on a plate.

A young horror writer I know recently told me that he feels small presses are fine, but his goal is to make a middle-class income off his writing.  So he has to go for bigger game.  I told him that I thought it was possible, that I thought he could do it, and I was being honest.  You can earn a middle-class living doing just about anything if you make that income level your goal and subordinate all other considerations to it.  I admire his clarity.  I never said, “I want that.”  I only said I needed to write because if I didn’t I’d get (more) mentally unwell.  For me, it’s a matter of health.  For him, wealth.

We’re both writers.  But he’s going to get what he wants because he actually knows what it is, which gives him wisdom.  Very few writers are healthy, wealthy, and wise.  All I ever knew was that I didn’t want to not write.  When I did write, I was happier for it.  I’m still on that track: write so I can avoid having not written, then get busy with all the other compulsions and machinations of my day, which are ultimately in place to facilitate one thing: me being able to avoid not writing again tomorrow.

So you eat the trouble-money sandwich every day.  And if you can keep it down, if you can do your art on a regular basis with a free and sincere mind, you’re leading the writing life—insofar as we can call it that, since most serious writers will be equally serious when they tell you that’s no way to live.  Go into plastics.  Sell computers.  Operate a used car lot.  Go make Bolivia great again.  Manage a bowling alley and spend all your free time watching spaghetti westerns and smoking weed.  Care for a kitten.  I guarantee, in the end, that kitten will make you happier than your writing, even if, from the beginning to the middle, your writing saves your life.

But what is your life worth?  If you have an idea that it comes down to being a success and you can say what that is, you are most assuredly wrong.  If you only have a compulsion to not not write, welcome to my world.  I can’t be wrong because I can’t be right.  Every morning with my coffee and steno pad, I’m a formless pulse, trying to be someone else, somewhere else, in my head.  And that doesn’t make a body solvent.  It doesn’t make people want to put your books in urns in the basement of a pyramid.  You’ll get paid by teaching or working for Bob the IT professional or washing dishes in the back of Harley’s Place.  And don’t complain.  You made your choices.  Complaining is for Bob, not you.  He doesn’t get to do what you do.

So you accept that you’ve made this writer’s bargain.  You’ve gone down to the crossroads and agreed that, in exchange for being able to live the writing life, you will never have a two-story house in the suburbs and drive a car that doesn’t look like a dirty toaster.  You will be mindful of your whining.  You will be grateful for this divine gift that makes you weird and ecstatic and keeps your head from exploding.  And you will get up day-in and day-out and sit at the desk and go out of body to that place where your characters may be earning their middle-class incomes and driving new cars and having break-up conversations over linguine at the Chez Paul.

Maybe you’ll be a horror writer.  Maybe you will attain your income goals.  But I suspect that in order to accomplish such a thing, you’ll have to get past those goals along with everything else and exist in a liminal space where all that matters is the writing.  In the meantime, you should know that cardboard inserts in your shoes can prevent your socks from getting wet.  And a place that serves bottomless coffee is a joy forever.

Writer. END_OF_DOCUMENT_TOKEN_TO_BE_REPLACED
This entry was posted on Sunday, January 20th, 2019 at 7:10 PM and tagged with just keep writing, middle-class income, money, suburbia, the writing life, Wisdom of the ancients, Writer, Writing and posted in Writing Expedition. You can follow any responses to this entry through the RSS 2.0 feed.
« Read my latest on Splice Today . . .
Surpassing Meritocracy: the Artist’s Way »

One response to “Of Trouble, Money, and the So-called Writing Life”